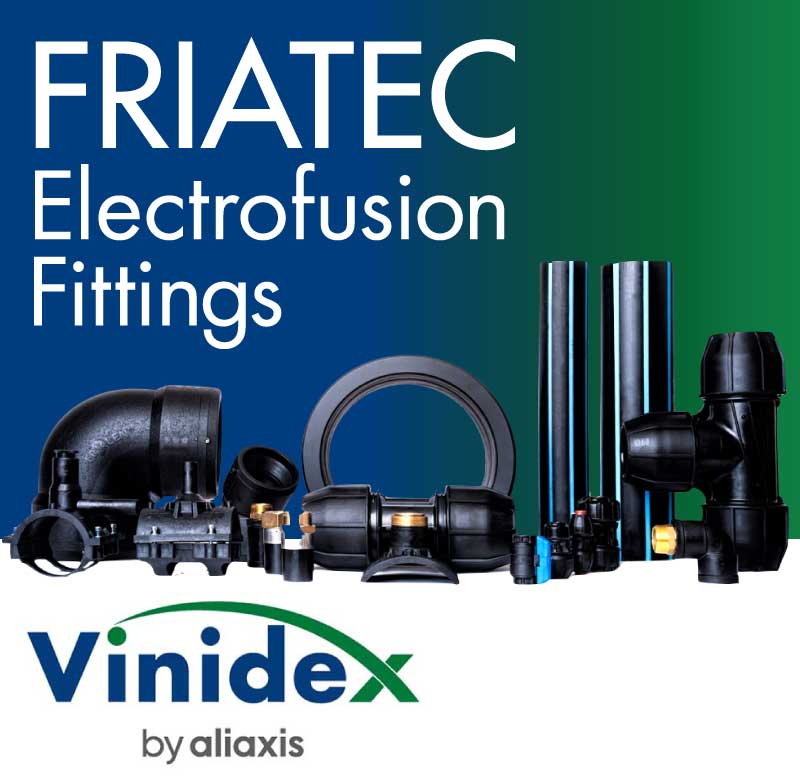 FRIATEC’s world-leading patented electrofusion systems have been used in projects all around the world. FRIATEC innovative electrofusion products include many unique features, all of which are designed to improve the speed of installation and use without compromising on the quality and longevity of the connection made. 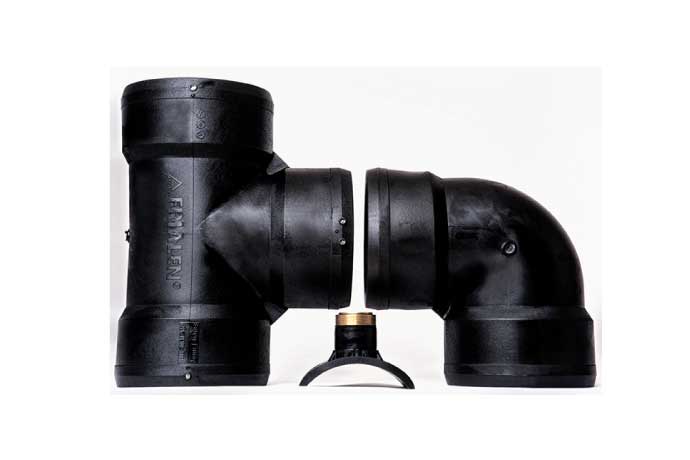 FRIATEC was founded in 1863 in Manheim, Germany and has successfully brought to market many innovative ranges. The FRIALEN range is rated to PN16 and is commonly used in the civil, mining and irrigation sectors. The FRIAFIT range of fittings is rated to PN10 and is most suited to applications with lower pressures, such as those found in irrigation and sewerage situations.

In large bore couplers (280mm +) there is a special preheating barcode which, when scanned, does not fuse the coupler but rather heats it and the pipe up to 80 degrees centigrade.

Large bore pipe is often oval. This can present problems. The maximum allowable gap between the fitting and pipe outside surface is equal to 1% of the pipe outside diameter. When pipe is loaded concentrically, gaps larger than this can significantly impact on the integrity of the formed joint and fusion should not be attempted. Using the preheating function the pipe is heated up to 80 degrees centigrade, which returns the pipe to the round. This can be run a number of times and gaps of up to 3mm can be closed in this way.

DUAL FUSION ZONE
In large bore couplers (280mm + above) there are two separate fusion zones. This means when carrying out an electrofusion joint in a tight trench situation one end of the pipe can be fused above
ground in easier conditions. Only one side of the joint then needs to be made in the trench.

Wires are embedded in fitting surface with 1/3 being exposed. This provides the following benefits:

In large bore couplers (250mm + above) the couplers have external wires wrapped around them which provides a reinforcement during fusion.

During fusion high pressures build up inside the fitting and this is particularly so with large bore couplers. External reinforcement is required to hold the fitting onto the pipe during the fusion process. Without it there is a danger that the fitting will lift off the pipe and cause a failure. FRIATEC couplers come complete with this reinforcement so no further action is required. With other couplers a reinforcing blanket may be required to achieve the full integrity joint. 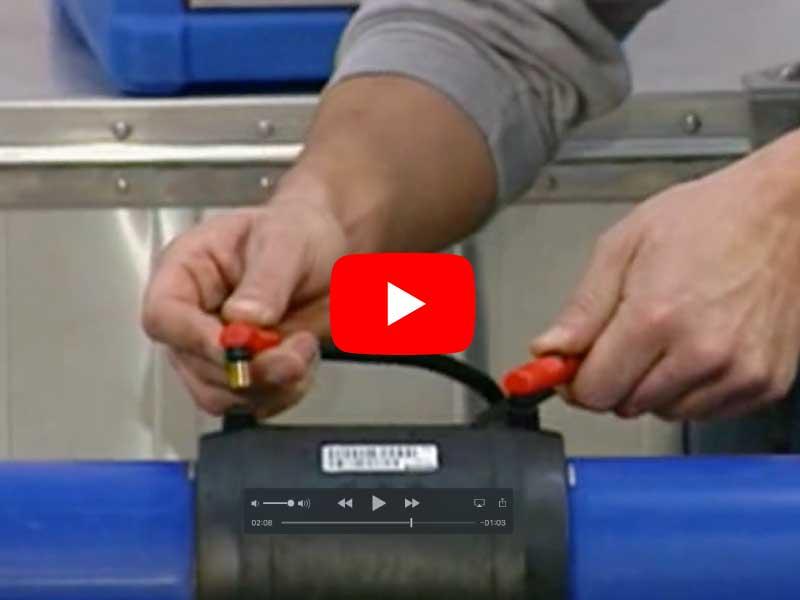 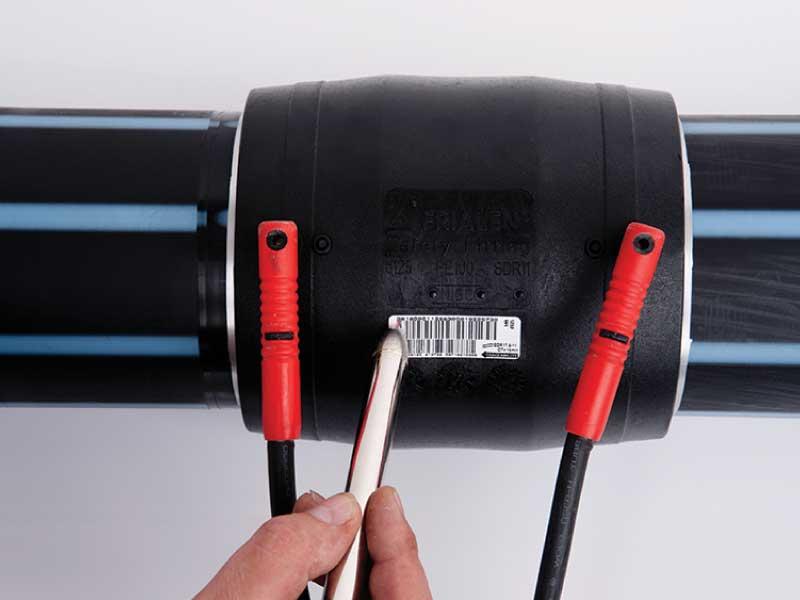 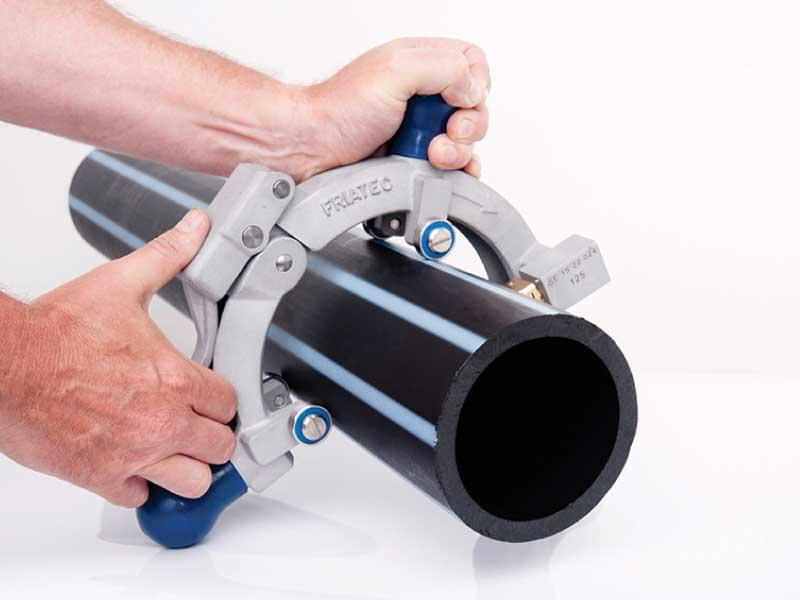 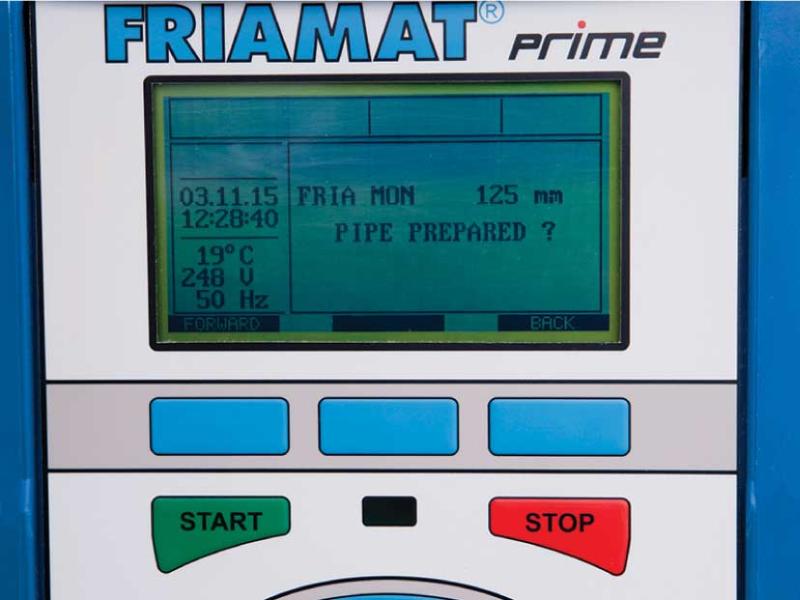 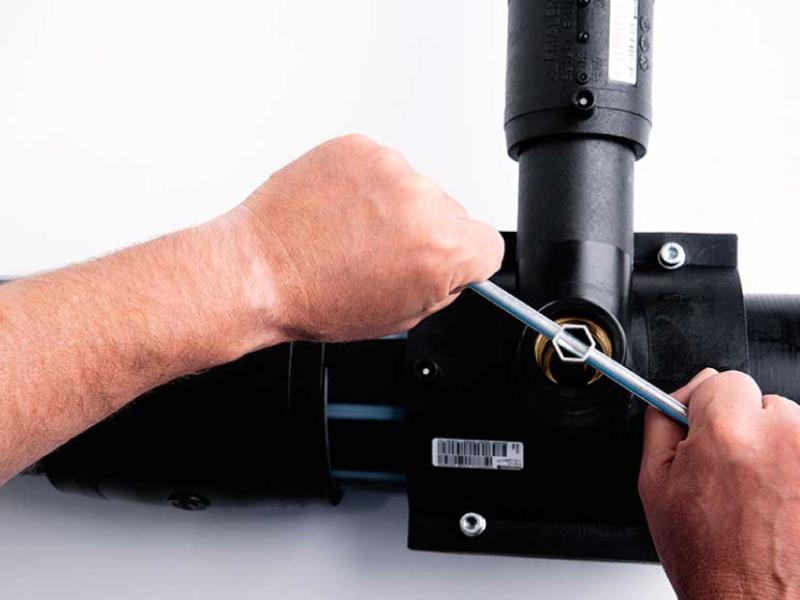 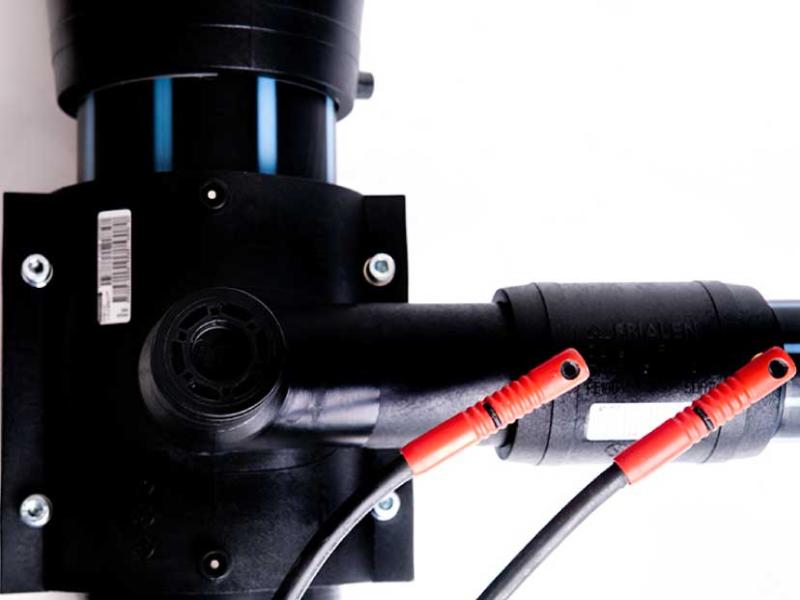 Vinidex supplies a comprehensive range of quality, durable pipe, fittings and irrigator solutions for all your irrigation needs. Vinidex prides itself on delivering complete solutions, nation-wide.

Available from your local Irrigear® Independent Experts. Find out more about FRIATEC Electrofusion PE Fittings and other great Vinidex solutions! 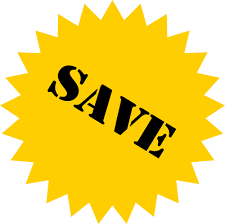 We're the largest network of independently owned water specialist retailers in the country – with owner-operated locations across Australia.

At your local Irrigear store you'll find expertise and access to Australia's leading brands and products in all areas of water and fluid management.